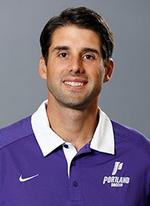 Nick Carlin-Voigt, who spent the previous four years as the associate head coach for the UCLA Bruins, was named the head coach of the University of Portland men’s soccer program in January of 2016. Carlin-Voigt previously helped build championship programs at both UCLA and George Mason where he brought in nationally ranked recruiting classes each of the last seven seasons.

He brought his recruiting skills to Portland, where he quickly assembled the nation’s 17th-ranked recruiting class. From there, Carlin-Voigt helped guide the Pilots back to the NCAA Playoffs, while collecting a West Coast Conference title along the way. The first-year coach was also tabbed the WCC’s Co-Coach of the Year.

The 2016 regular season featured a seven-game winning streak, which is the program’s longest winning streak since 1995, and the Pilots found themselves among the nation’s leaders with a potent offense. During a four-game stretch (Sept. 22 - Oct. 14) the Pilots scored 15 goals, which was the most goals scored during a four-game span since Portland collected 17 goals over four contests in 1999. The Pilots also registered three straight blank sheets at one point, producing a 315-minute stretch of not allowing a goal.

Portland carried their momentum from the non-conference portion of their schedule into the WCC, and the Pilots won their first five games against league opponents. The 5-0-0 start in the WCC matched the legendary 1988 Portland squad for the best start to a conference schedule in program history.

The fall culminated on an electric night at Merlo Field as Saint Mary’s visited The Bluff on the final night of the regular season. A win meant a league championship for the Pilots, and in front of 4,362 fans and a regional television audience, Portland came through with a thrilling 1-0 win, sparking a wild celebration never seen before on the historic pitch.

The crowd was the second largest ever, and most of them rushed onto the field to celebrate with the team as the Pilots hoisted the WCC trophy into the air for the first time since 2002. The win also meant a return to the post-season for the Pilots, who hadn’t reached the NCAA Tournament since 2009.

The season brought with it a plethora of accomplishments and individual accolades as the Pilots nearly swept the annual WCC post-season awards. Eddie Sanchez was named the league’s player of the year, becoming the first Pilot to do so since 2002. Paul Christensen nabbed the goalkeeper of the year honor, and the always electrifying Benji Michel, who led the league in goals, was voted the WCC’s top freshman.

Portland also returned to its rightful spot among the nation’s leaders in attendance as nearly 2,500 fans showed up per game to support a remarkable team.

At UCLA Carlin-Voigt helped put together the nation’s number one recruiting class three times (2013, 2014 & 2015). Since his arrival in Westwood, 11 Bruins were drafted or signed into Major League Soccer, highlighted by 2014 MAC Hermann Trophy winner, Leo Stolz.

In 2012 the Bruins won the Pac-12 Championship while finishing with an overall record of 13-3-3. The Bruins reached the post-season all four years, grabbing the No. 1 overall seed in 2013 when UCLA finished the regular season ranked No. 1 in the country by the National Soccer Coaches Association of America (NSCAA). The Bruins finished with a 12-3-5 overall record and a 6-1-3 mark in the Pac-12 Conference and defeated four top-3 opponents during the course of the season, including top-ranked Indiana and California. In 2014 the Bruins advanced to the NCAA College Cup Championship in a game that was decided by penalty kicks. Carlin-Voigt had an influential role in building and coaching each of the teams that advanced further each year at the NCAA Championships from 2012 to 2014.

Carlin-Voigt has a passion for teaching and champions a possession-based brand of attacking soccer that was instrumental in the growth of one of the nation’s most explosive offenses. He primarily coached the attacking players in 2014 when the Bruins were the highest scoring team in the NCAA tournament with 11 goals in four games leading into the title game. In 2015, Carlin-Voigt coached the team to 47 goals, which ranked in the top three nationally for goals per game. The 2015 Bruins were the only team in the country to have four players record 20 points or more, and all of them were underclassmen Carlin-Voigt was honored as one of College Soccer News’ top-15 assistant coaches in the country in 2013 and 2014, when he was the only coach on the West Coast to earn that distinction. Carlin-Voigt was actively involved in all aspects of the UCLA soccer program, including player development, training, scouting, scheduling, soccer-specific fitness training, summer camp development and alumni and community outreach. As the academic liaison in 2013, he helped the Bruins claim the highest team grade-point average in the UCLA athletic department for first time in program history.

Prior to his stint at UCLA, Carlin-Voigt helped assemble three consecutive recruiting classes at George Mason that were ranked in the top 35. In 2008, he helped coach the Patriots to their first ever Colonial Athletic Association Conference Championship as his recruiting and coaching made immediate turnarounds as the Patriots had a ninewin improvement after his first recruiting cycle. His recruiting classes at George Mason were the foundation of the 2013 Patriots team which went on to win their first ever Atlantic-10 Conference Championship. Carlin-Voigt assisted with every aspect of the George Mason program led by former Major League Soccer Coach of the Year, Greg Andrulis.

While at George Mason Carlin-Voigt helped recruit 12 players with U.S. Youth National Team experience. Five players were either signed or drafted into the MLS while another seven played professional soccer abroad. Prior to his time at George Mason Carlin-Voigt was an assistant women’s coach at University of Wisconsin (2005-06) where he helped the program win the Big Ten Championship.

Following his graduation in 2004, Carlin-Voigt had a short playing stint with Cruz Azul Oaxaca of the Mexican Second Division that was cut short due to a knee injury. From 2002-05, he played for the Kalamazoo Kingdom where he set franchise records as a goalkeeper for wins and shutouts during the 2004 season. He also saw time on trial with Osnabruck of the German third division in 2006. In 2013 Carlin-Voigt was called into camp with the United States National Beach Team.

An avid learner and student of the game, Carlin-Voigt has studied leadership development and coaching methods at professional clubs such as Real Madrid, Chelsea, Fulham and Santos. He also observed the U.S. National Team’s preparations during the 2010 World Cup in South Africa. 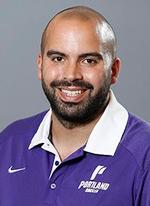 Emerson De Oliveira joined the UP staff as a goalkeeper coach during the summer of 2016.

De Oliveira comes to the Bluff via Seattle, Wash., where he served as Associate Head Coach/Goalkeeper Coach for the Highline College Thunderbirds. Having worked for the T-Birds since 2010, he has coached some of the top keepers to come through the junior college ranks. De Oliveira helped Thunderbird keepers lead their teams to five consecutive Final Fours, two Championship games and one Championship title in 2014.

De Oliveira has helped the ‘Birds goalies gather a cumulative 0.96 goals against average during his six-year reign in addition to helping Highline become one of the premier Junior College Programs in the country.

De Oliveira holds his NSCAA Advanced National Goalkeeper license as well as his USSF C license. In addition to coaching at Highline, De Oliveira previously was the Director of Goalkeeping at Issaquah Soccer Club, Assistant Coach for the Issaquah Gunners PDL and Goalkeeping Director for US Club’s Washington Player Development Program. He has experience working with some of the most talented goalkeepers in the state of Washington.

He also works as part of the National Goalkeeping Staff for the NSCAA.

De Oliveira played collegiately for Seattle University where he was a standout goalkeeper for Redhawks. He gained national recognition by posting a 0.49 GAA his junior year and he was invited to train with Seattle Sounders FC. He graduated from Seattle U with a Bachelors Degree in business, with a specialization in Marketing. 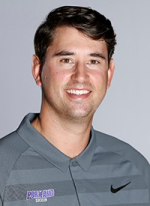 Austin Nyquist, who spent the past year as the director of performance analysis for Portland men’s soccer, is the program’s new assistant coach, announced head coach Nick Carlin-Voigt. Nyquist steps in for Leonard Griffin, who was recently hired as the head coach at San Francisco.

In his role as director of performance analysis, Nyquist conducted and coordinated the filming, coding, and presentation of both analytical and tactical aspects of the game for the Portland coaching staff. He also assisted with oppositional scouting, postgame analysis, and live game coding, utilizing both SportsCode and InStat software systems.

Prior to joining the Pilots during the summer of 2018, Nyquist spent the 2017 season scouting collegiately for Chicago Fire of the MLS, as well as coaching for North Carolina FC. During the 2016 season he worked as the director of performance analysis for the University of North Carolina’s men’s soccer program.

For the 2015-16 season Nyquist was an assistant coach at Robert Morris University, in Chicago, Ill.
He was responsible for developing and leading training sessions, scouting and presenting technical/video reports on future opponents, conducting analysis of both individual and team performance, game day coaching and management.

He played collegiately at Seton Hall (2006-08) and Wisconsin (2008-10). Owner of a Bachelor of Arts degree in religious studies from Wisconsin, Nyquist has achieved the A License from the United States Soccer Federation (USSF), and the Premier Diploma from the National Soccer Coaches Association of America (NSCAA). 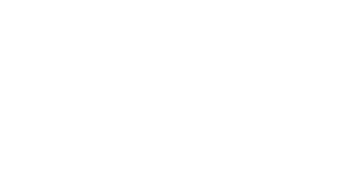 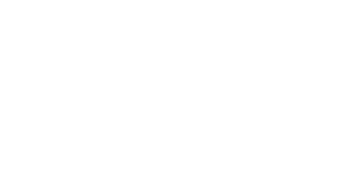 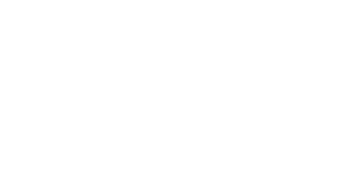 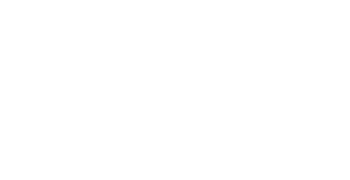 Camp is open to any and all entrants (limited only by number, age, grade level, and or gender)